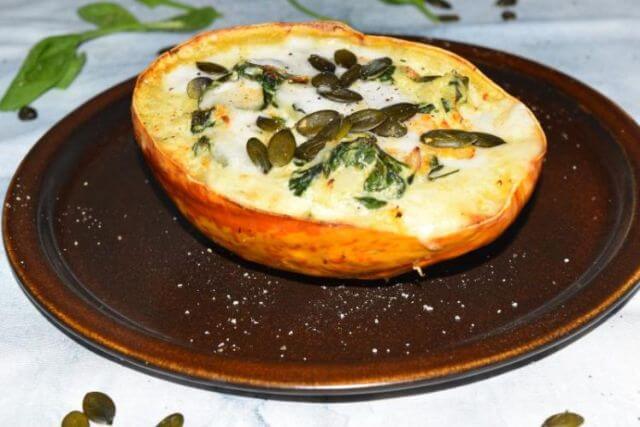 I am always happy when Autumn comes along and it’s pumpkin season. There are just so many different varieties of pumpkin, which give you the opportunity to create so many wonderful different dishes. Savory or sweet.

I always make my basic pumpkin recipes like oven-baked pumpkin or pumpkin soup. But this time, I wanted to try something new. So I came up with the idea to make oven-baked spaghetti squash, with a tasty spinach and feta sauce. Spaghetti squash is a great substitute for pasta if you want a low-carb meal. I made a vegan version with vegan feta and vegan cream but feel free to use dairy products. Both ways turn out delicious!

Spaghetti squash is rich in vitamins, minerals, and antioxidants and low in calories with about 45 calories per 1 cup serving. You can prepare spaghetti squash in a variety of ways, including baking, steaming, boiling, or microwaving. When preparing it in the oven you do not have to peel it. Just cut the spaghetti squash in half, and remove the seeds. Drizzle a bit of oil and salt onto it and bake. Once it’s done, fluff the spaghetti meat into strands that look like noodles. Spaghetti squash may not taste like real noodles but it’s a great alternative. Low carb, gluten-free and healthy! 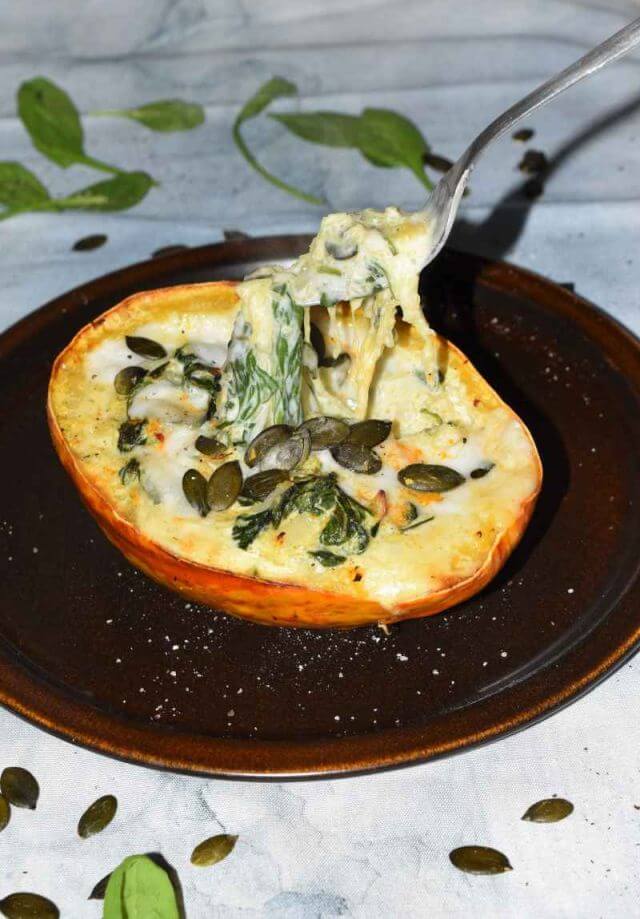 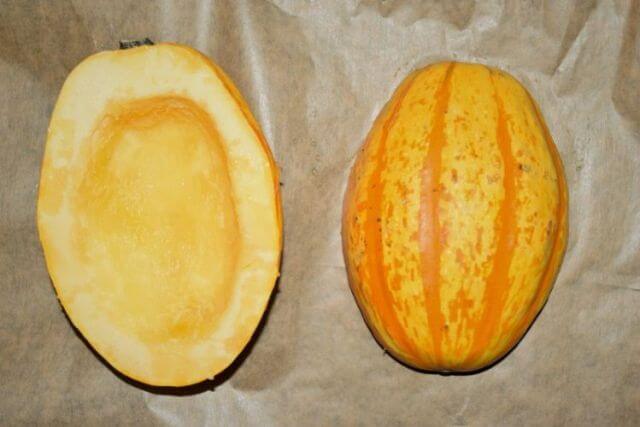 2. Cut the spaghetti squash in half and with a tablespoon scoop out the seeds. 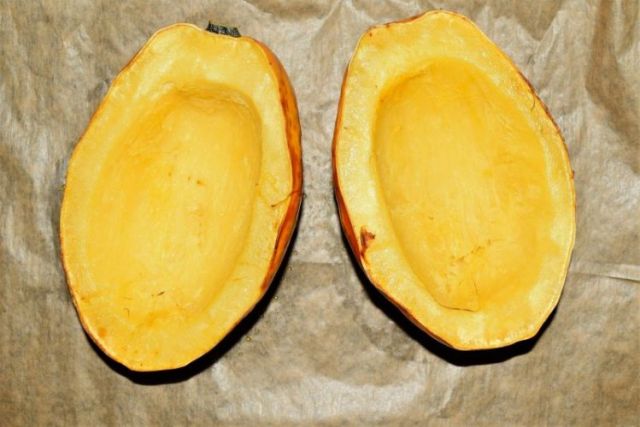 3. Brush the insides of the squash with olive oil and sprinkle with salt. Place both halves, with the cut side down on a baking tray. Bake for 40 minutes or until meat is soft.

4. While the squash is baking, heat olive oil in a saucepan at medium temperature. Add in the diced onion and garlic and saute for a minute. Then add in the spinach and cook for a further minute.

5. Stir in the vegan cream.

6. Season with salt and pepper.

7. Add some of the vegan feta and mix well until the feta has melted. 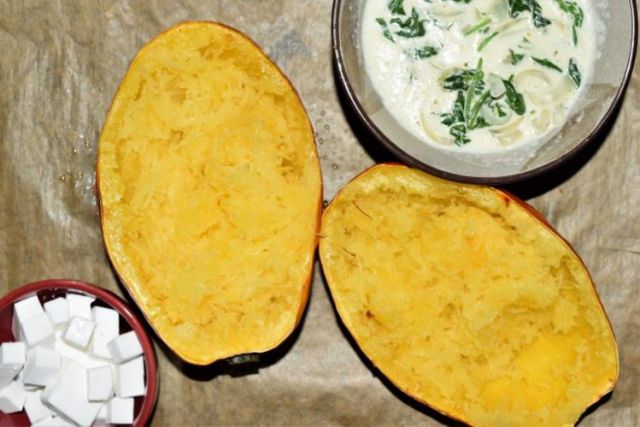 8. Once the squash is done, fluff the interior with a fork.

9. Add the spinach cream to each half and mix well. Top with vegan feta. 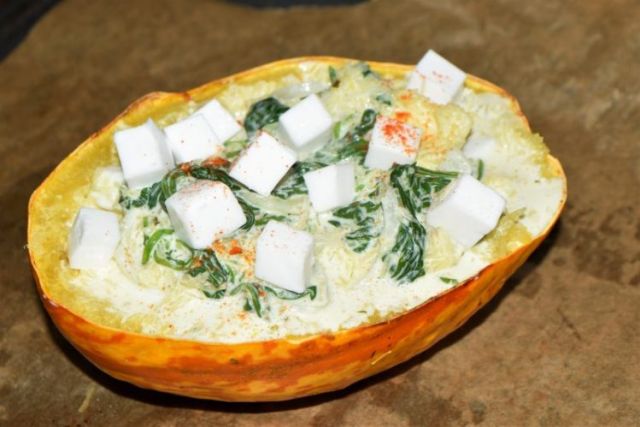 10. Bake at 360 degrees Fahrenheit for 8-10 minutes or until slightly golden brown on top.

In case you cook for yourself and wonder if two halves are too much and you do not wish to have the same dish two times in a row, you can just prepare one half of the spaghetti squash and refrigerate the other half for the next day and prepare another delicious meal. That’s what I always do. If you’re wondering what else to make. Take a look at my recipe of creamed spaghetti squash with mushrooms.