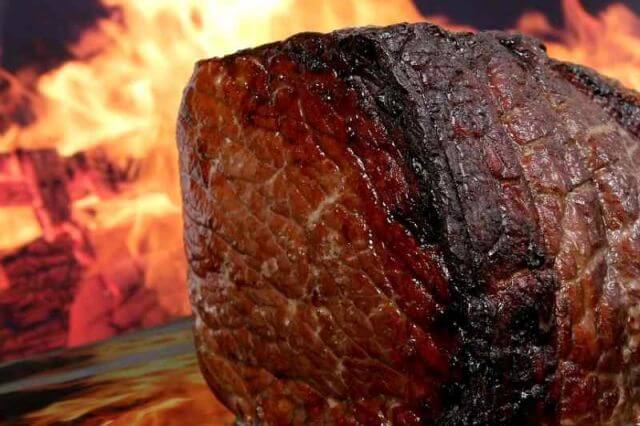 To brown meat before slow cooking is a much-debated question among the slow cooker community. Some folks swear by it and are convinced that searing meat is a must, others just consider it unnecessary extra work. After all slow cooking should make preparing a meal easy.

Fact is when searing meat at high temperatures it not only gets a nice brown crust but also lends the browned meat a very distinctive aromatic flavor. And not just the meat, the gravy too and the whole dish tastes different than if the meat wasn’t browned before slow cooking.

Why brown meat before slow cooking?

The slow cooker only achieves a low cooking temperature, at which the meat simmers slowly for many hours. This low-temperature cooking below the boiling points of water largely avoids drying out and toughening of the meat and the connective tissue in the meat turns into gelatine – the meat remains juicy and turns out soft and tender. But what is missing may be the distinctive aromatic flavors.

Why does meat not get a crispy crust in the slow cooker?

What Happens when brown meat before slow cooking

When browning meat before slow cooking, we want a so-called Maillard reaction to take place.

A Maillard reaction is a very complex process in which the amino acids and sugars contained in the meat caramelize and chemically change, creating new aromatic compounds that make the taste more intense.

This process happens on the surface of food, where the heat, which must be above approx. 280 ° F, causes the amino acids and sugars contained in the meat to react with one another. The Maillard reaction creates many new chemical compounds and many new tastes, in addition, the surface of the meat becomes appetizingly brown and crispy. The whole process with its very special and distinct flavors can greatly influence the taste of a meal. 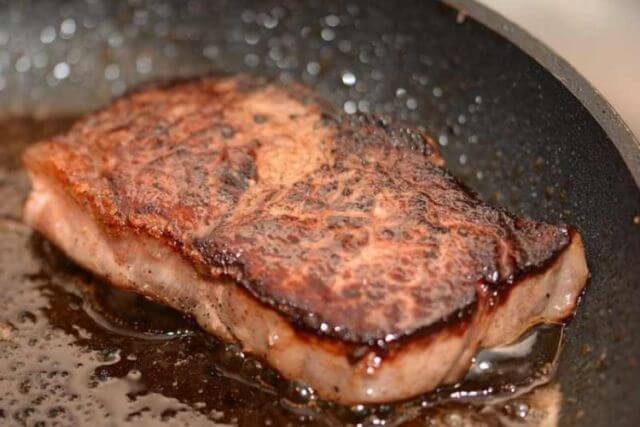 How to brown meat

Some slow cookers have a removable crock that you can put directly on the stove and sear the meat briefly. Otherwise, you need a suitable pan. Since it takes a lot of heat to brown meat, you have to make sure that Teflon-coated pans do not overheat. An uncoated skillet made of cast iron is also very suitable. In any case, add the meat in good time before the oil starts to smoke.

How long and at what temperature to brown meat?

When browning meat, onions, or other vegetables, the idea is to sear it at a high temperature until a brown crust forms and fine roast flavors develop. The Maillard reaction where exactly this happens starts at approx. 280 degrees Fahrenheit. So turn the stove on the highest setting and let the pan get hot enough before the meat or vegetables are added.

How long to sear, depends on the cooking utensil used and the power of the stove. An empty pan gets hot very quickly and can easily reach over 480 ° F. Most cooking oils would burn and smoke at such high heat and harmful substances form. That would be too hot for vegetables and meat too and they would burn, turn black, and taste bitter. You probably know the odd taste when a stew was burned.

Use oil to sear meat or not

So that nothing burns, you should use a little heat-resistant cooking oil or fat. The most suitable are oils or fats with a high proportion of unsaturated fatty acids and a high smoke point. Cold-pressed oils with a low smoke point should not be used, as they burn (oxidize) and even form substances that are harmful to health. Refined oils are best suited for frying.

How to brown meat properly?

Meat that you want to fry, especially beef, should be taken out of the fridge an hour in advance, do not put frozen meat into the pan to sear it.

When searing avoid turning it too often. Let it sizzle a while until a nice crust has formed, then turn and brown it evenly on all sides. 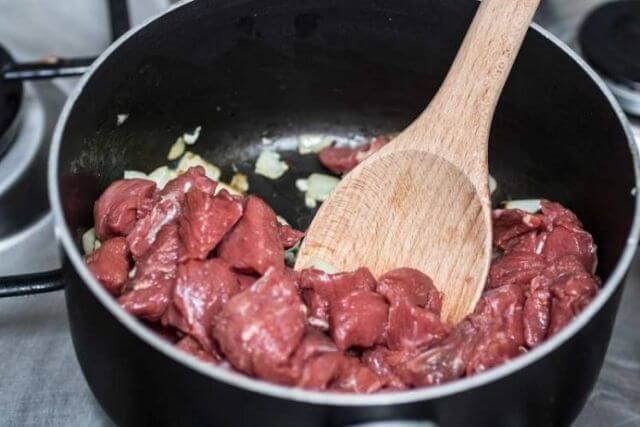 Meat consists mainly of protein and fat. If you would try them individually in their pure natural state, these components would have comparatively little taste. Raw meat that has just been slaughtered and has not yet hung and aged, tastes less intense than meat that has been grilled or seared.

Heating results in the Maillard reaction, which creates the special roast and aromatic flavors that contribute to the taste and smell of the seared meat. These complex flavor compounds of a piece of meat come from chemical reactions between the amino acids and sugar that take place through heating and the mixing of those with the fatty components of the meat.

If one likes these flavors in its food, then browning meat and the resulting Maillard reaction, are essential to creating these special roast and aromatic flavors that contribute to the taste and smell of the seared meat and in gravy.