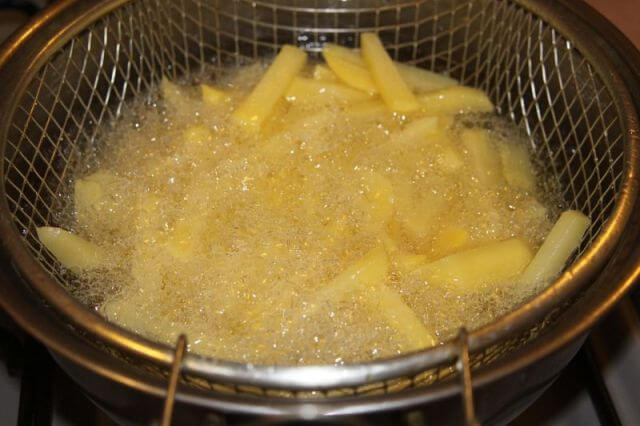 Not every vegetable oil is suitable for high heat cooking. You have to pay attention to some of the oils’ specific properties when heating it, otherwise, chemical reactions occur and can create harmful compounds. Which oil is best for high heat cooking depends on the smoke point. This indicates the temperature at which the oil begins to smoke and its fatty acids oxidize. Refined and hot-pressed oils generally have a higher smoke point than cold-pressed ones.

Which oil is best for high heat cooking?

Have you ever asked yourself which is the best vegetable oil for frying? Peanut oil, Sunflower oil, Olive oil, Rapeseed oil or are there better alternatives to get it all nice and crispy?

When the refined oils are extracted, the plants/oilseeds are crushed or ground and pressed at temperatures of over 200 ° Fahrenheit. When refining oil, certain fatty acids and secondary plant substances that burn easily and lower the smoke point, are removed.

Hot pressed and refined oils are less beneficial from a nutritional point of view, largely tasteless, long-lasting, and universally applicable. They are more heat-stable than native, cold-pressed vegetable oils and better suited for high heat cooking such as frying, baking or deep-frying. 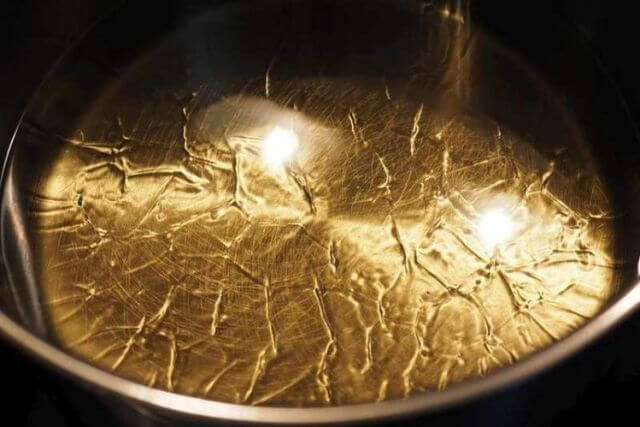 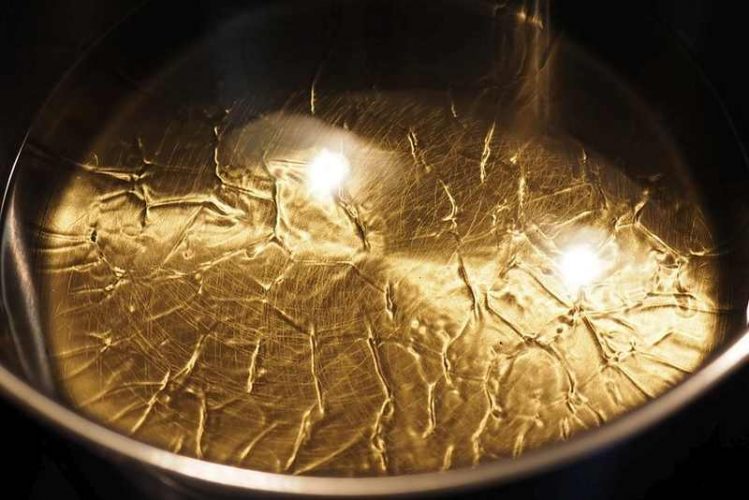 What is The Smoke Point?

If you put oil in a pan and heat it continuously, it will eventually reach its maximum temperature and then start to smoke. Just like boiling water steams and it doesn’t get hotter if you add more heat. The resulting “smoke” consists of evaporating fatty acids and other organic components contained in the oil, which burn due to the high heat. This temperature is called the smoke point. The oil cannot get any hotter.

Unrefined oils have a very low smoke point because they still contain plant-specific organic components and water and are therefore not suitable for hot frying.

With refined oils, these substances are removed and the smoke point is therefore much higher. Refined peanut oil has the highest smoke point at 440 ° F, palm fat at 430 ° F, and sunflower oil at 420 ° F.

Which oils are most thermally stable?

Refined oils with a high smoke point are therefore most suitable for deep-frying or baking.

But there are also special cultivars of oil plants that have a very high content of oleic acid. These can also be used as baking and deep-frying oils.

Are there unhealthy and healthy cooking oils?

The content of saturated, mono-saturated, and poly-saturated fatty acids also influences the smoke point of cooking oil. So knowing what kind of fatty acids oil contains will also help you decide which oil to use for high-temperature cooking.

The more polyunsaturated fatty acids an oil contains, the lower its smoke point, the less suitable it is for frying.

Oil containing many saturated fatty acids is more suitable for high heat cooking and frying.  It has a higher smoke point, so it is more high-temperature stable and does not start to burn that easily.

However, any oil will overheat and begin to smoke when heated too much. So make sure you reduce the temperature in good time or add the food before it starts to smoke

Which oil is suitable for which preparation?

Here is a simple rule of thumb as a guide:

This rule applies to most oils, with the exception of high oleic oils, which, due to special cultivation, are cold-pressed but have a high heating point.

You could also use many of the cold-pressed oils for frying but care must be taken that they do not get too hot. But anyway, it would actually be quite a waste. Because during production, they are purposely not heated to more than about 100  degrees Fahrenheit, so that as much of the many aromatic flavors as possible are preserved. If you heat them up while cooking, these distinct flavors will be lost. You could have just bought cheap refined oil in the first place.

When it comes to cooking, there are quite a few varieties of oils that can be used in all kinds of recipes. Some are better for frying or baking while others are better to be consumed cold, for example, in a salad dressing.

How to store cooking oil

It is best to store oils in a cool and dark place because light and air quickly cause valuable fatty acids to oxidize and it becomes rancid.

If stored correctly, most cooking oils will keep for several months.

If you ever see a change in color, you see something settle at the bottom, or the oil has a different taste, you should no longer use it.

Make sure not to buy oil that is too cheap because the price usually decreases the quality of the oil. It is better to invest a bit more money and get good, high-quality oil.

You might want to buy organic from certified producers if you are concerned about contaminants and residues from pesticides in cooking oils.

Whether oil is suitable for high heat cooking depends on the refining process and the resulting fatty acid composition.

The higher the smoke point, the more heat-resistant the oil and the less it starts to smoke when heated and the less toxic compounds are formed.

The more refined an oil is, the higher the smoke point of the particular oil.

Cold-pressed oils (native, virgin) are not suitable for high heat due to their high content of unsaturated fatty acids and the resulting low smoke point.