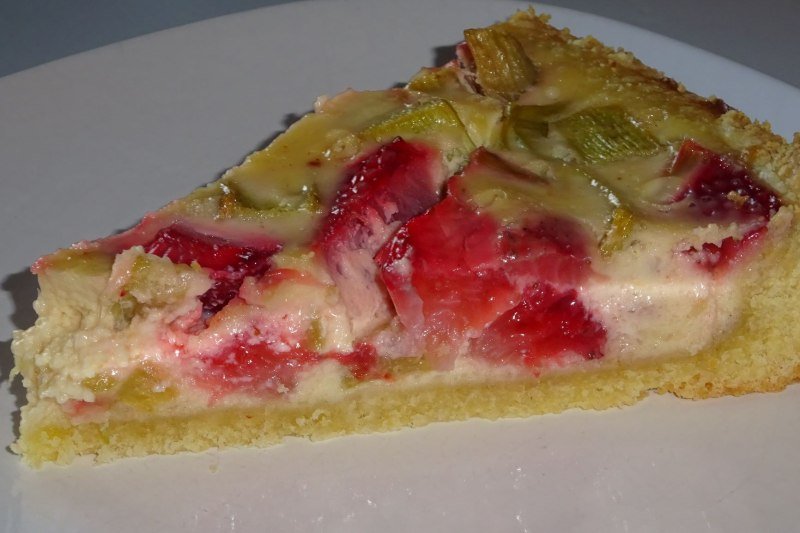 The sour taste of the rhubarb combines excellently with the cream, which is sweetened with sugar and seasoned with a pinch of cinnamon. This pie tastes wonderfully fresh and is not too sweet. Perfect for the first afternoon coffee in the garden. 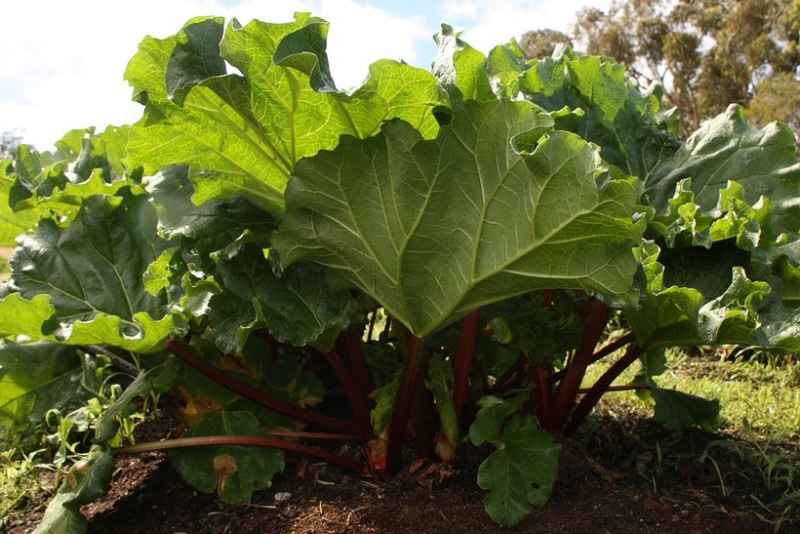 Rhubarb is actually not a fruit, but a perennial vegetable. However, in the United States, it is considered a fruit. Rhubarb (Rheum Rhabarbarum) belongs to the genus Rheum in the family Polygonaceae.

Rhubarb is originally from China. The Chinese used the roots of the rhubarb for the preparation of medicinal products. From China, the plant was first brought to Russia and in the 18th century to Europe and from there on to America.

Only the pinkish green stalks of the rhubarb plant are edible, the leaves contain oxalic acid and are poisonous. The flavor is tart. However as redder the stalks the sweeter the rhubarb.

Rhubarb likes the cold. Therefore it grows well in the northern states of the U.S.

The best-known preparations are jams and compotes and of course the mouth-watering pies. Rhubarb is also processed into juice.

Rhubarb is low on calories, low on cholesterol and sodium. It is a good source of dietary fibers, vitamin C and K, calcium, and potassium. 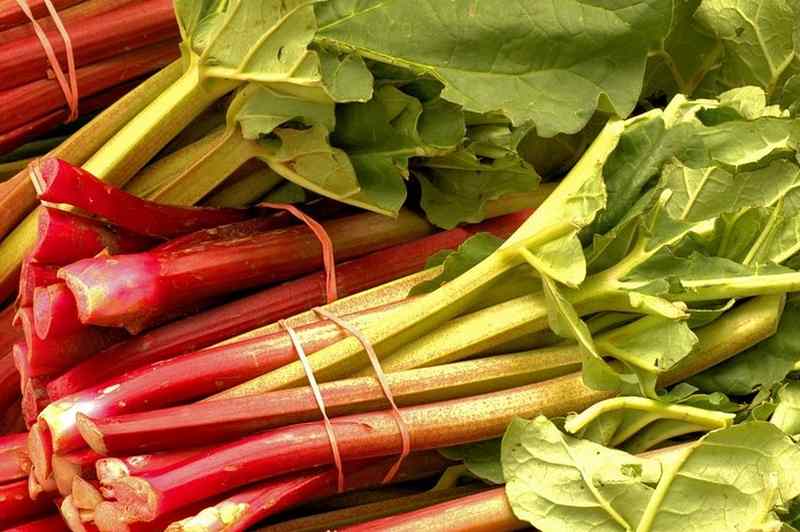 Ingredients for the Rhubarb Pie 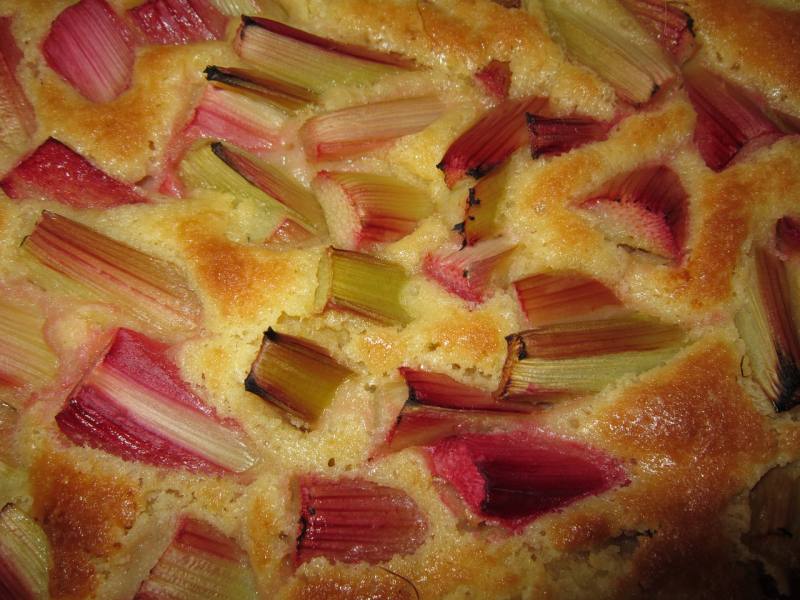 How To Bake the Rhubarb Pie: 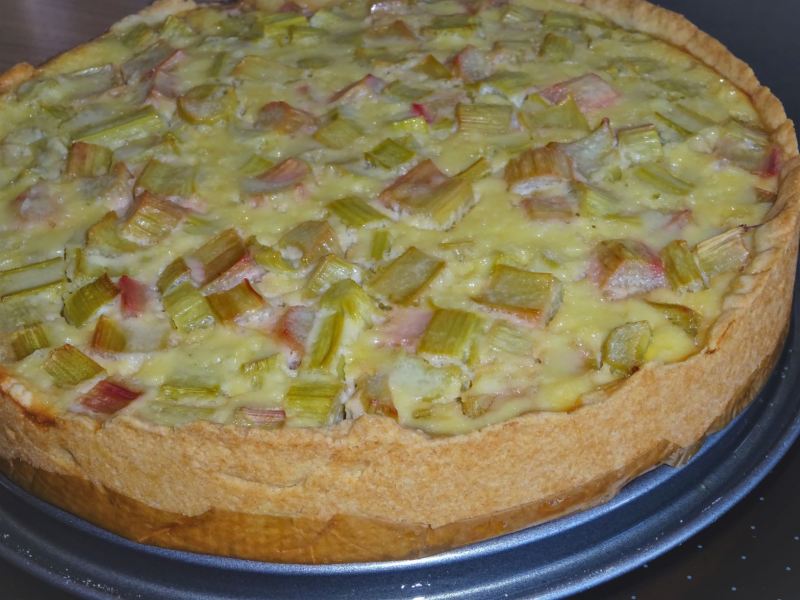 This rhubarb pie was delicious. So juicy and creamy. 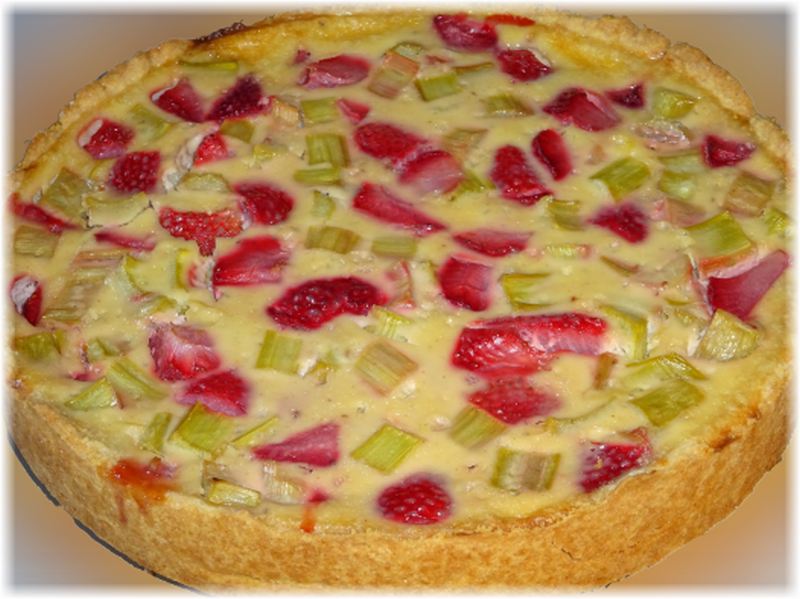 For more cake recipes, try the Cream Cake or the  Linzer Torte.