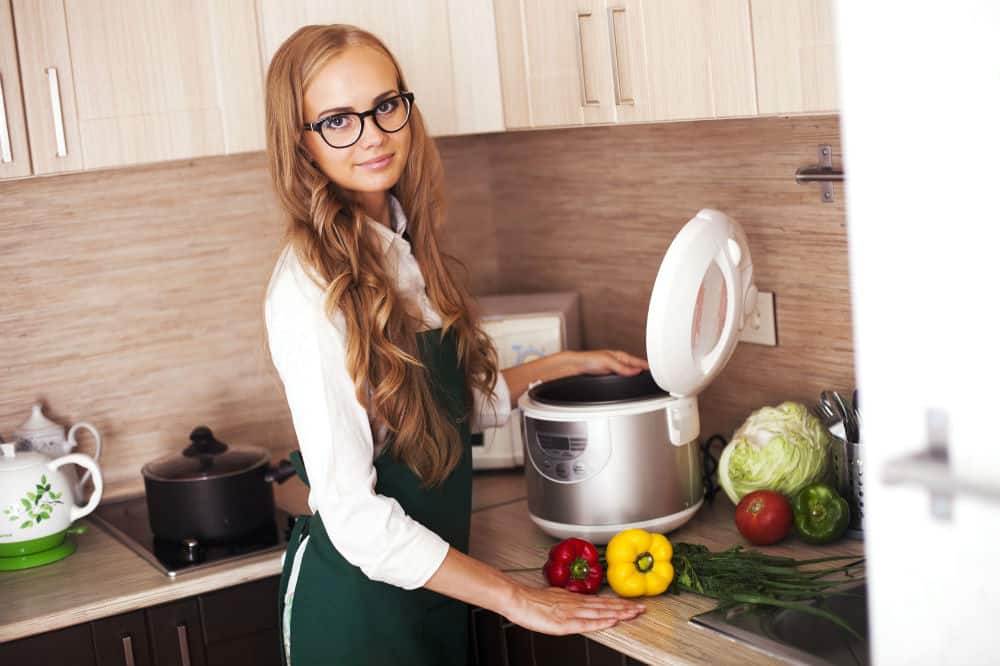 Today, everyone is clamoring for food that is healthy and homemade. We want our meals to look and taste good as well as them being healthy, nutritious and serving whatever diet we are on.

Most of us are not professional chefs, and so our daily lives consist of going to a non-cooking job and working long and hard. How, then, do we find the time and the energy to cook healthy homemade meals? Luckily there are multicookers and slow cookers to help us in the kitchen.

They look fairly similar at first sight and are easy to confuse, but actually, they are quite different. On has many more different features, in what can be done with it and in ways it can cook.  Price-wise there can be a big difference too. So let’s look in more detail at the difference between Multi Cooker vs Slow Cooker and help you to decide which one you need.

What Is A Slow Cooker?

What Is A Multi Cooker?

What Are The Benefits Of A Slow Cooker?

One of the benefits of a slow cooker is that they are cheap. This makes it possible to buy more than one of them — in different sizes if you like — to do multiple things with. They are also great for certain kinds of cooking because they cook so slowly. Slow cooking really brings out the flavor of certain foods in a way that cooking quickly simply doesn’t.

What Are The Benefits Of A Multi Cooker?

The main benefit of a multi cooker is versatility. It combines a lot of kitchen appliances in one unit and cooks in food in different ways, including slow-cooking (though that isn’t what it’s designed for). Multi cookers are also useful for cooking meals quickly, which is great in this time-crunched world.

Which One Should You Choose?

The question of whether you need a slow cooker or multi-cooker is all up to you. In part, it will depend on how much you want to spend. If you are looking to get an affordable appliance, then you may want to buy a slow cooker. But slow cookers are more than just economic kitchen appliances — they have a lot more going for them. There is really something to cooking a chili all night long. The taste of the slow-cooked food is just different than the taste of food that has been cooked in a rush.

There is an entire movement going for slow cooking called the slow food movement.  But Slow Food’s mission goes much further than using a slow cooker. The movement says no to the fast, superficial lifestyle of the 21st century. According to their philosophy, this awareness about sustainable and responsible food begins at the dining table.

So should you buy a slow cooker? Well, maybe, but that doesn’t mean that a multi-cooker wouldn’t benefit you. Multicookers can do a lot of different cooking methods, which makes them extremely useful. They also can cook very quickly, which — though it doesn’t appeal to the slow cooking movement — appeals very much to our time-sensitive lives.

Both of these will help you to prepare great-tasting dishes. And either one of them allows you to set food cooking and walk away, even leaving the house or going to sleep. With the help of kitchen appliances, we can turn the art of cooking gourmet healthy meals into something that takes only a little bit of preparation and minimal energy.

3 thoughts on “Multi Cooker vs Slow Cooker, Whats The Difference?”