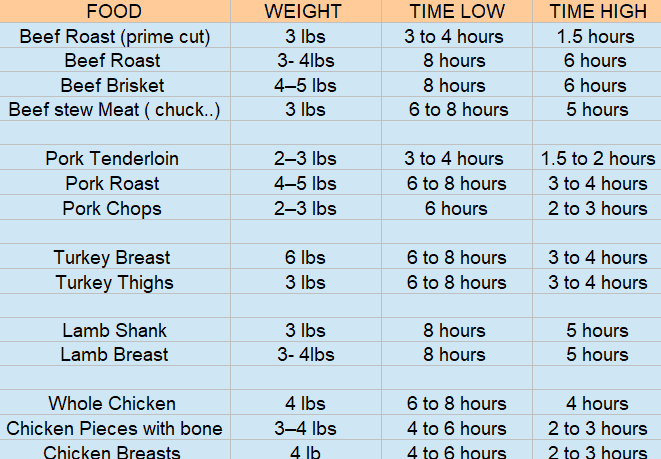 How long to slow cook meat varies also depending on the type of meat, bone-, fat-, and connective tissue content as well as the other ingredients as well as the size, and the fill level of the slow cooker.

What is so special about slow cooking?

Slow cooking meat gently simmers food for several hours at a low temperature. Slow cooking takes much longer than other cooking methods, but the low-temperature cooking of meat develops an incomparable flavor and is a healthy and tasty way of preparing delicious meals.

The low temperature between 165 F to 200 F avoids dehydration and possible toughness – the meat remains juicy and tender. Another convenient benefit of long-time and slow-cooking meat is that it doesn’t require supervision, nothing can burn in a slow cooker, saving you long hours in the kitchen overseeing the cooking.

How long to slow cook meat?

How long to slow cook meat depends on what kind of meat you cook, how heavy the cut of meat is, whether you cook on a low or high setting and whether you seared the meat first.

In the slow cooker, you don’t need a super precise cooking time down to the minute, the cooking times are approximated.

Some cooking fans let the meat simmer for 12 hours or more on a low setting. Such a long cooking time is particularly suitable if the meat is very rich in connective tissue.

You have to experiment with your slow cooker for a while and try various dishes.

You will soon learn that factors such as the quality and size of the meat cut, liquid fill level in the pot, the cooker model and other factors, all will affect how long to slow cook meat or poultry. 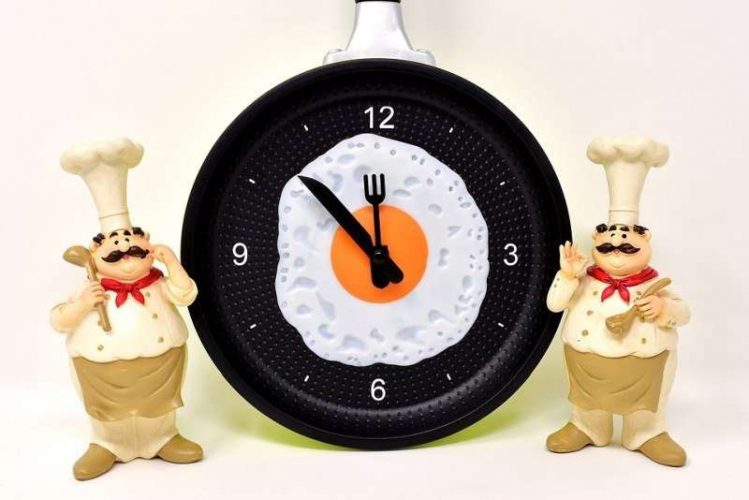 Extending the cooking time in a Slow cooker

Sometimes you may need to extend slow cooking time to turn a tough cut of meat into a juicy and tender dish. You can use the low heat setting for all dishes to get the best results. Especially when the meat cut has a lot of connective tissue like beef chuck or lamb shanks, slow cooking on low is the best method so that the meat becomes juicy and tender.

Can you overcook meat in the slow cooker?

It’s very unlikely that meat will overcook at such low temperatures, but while unlikely, it’s still possible.

What happens if you leave meat in the slow cooker for too long?

The trapped moisture and slow but low heat help tenderize the meat. If you miscalculate the cooking time and let the dish simmer for too long, it can happen that the meat becomes so tender that it falls apart, which is what you would want anyway from some dishes liek a good pulled pork. However, any other veggie ingredients become extremely soft and muscular.

Extra-long in the slow cooker – can that sear the meat?

Searing the meat for a flavorful crust requires a high temperature to caramelize the sugars in the meat juices and evaporate the water, leaving a crispy, flavorful crust. But a slow cooker will not reach such a high temperature of 280 to 330 degrees Fahrenheit that is required for this Maillard reaction to occur. A slow cooker will only warm up to a max of 195 to 200 degrees Fahrenheit, no matter how long you leave the meat in, it won’t come out with a crispy crust.

Can I Reheat Food In A Slow Cooker?

Under no circumstances should you heat up food in the slow cooker. The slow cooker takes far too long to get really hot – and therefore bacteria-proof. That’s okay with hours of cooking to finish, but not if I’m just leaving food in there for a while until it’s warm again. This creates a breeding ground for bacteria! Do Not reheat in the slow cooker, always on the stovetop or in the microwave.

Can I defrost meat in the slow cooker if I leave it in for an extra-long time?

Never put frozen meat in the slow cooker. Always thaw the meat in the fridge first and then add all the other ingredients to the slow cooker at the same time. Frozen meat would increase cooking time disproportionately and unpredictably. So you could not be sure that the meat is properly done and that any bacteria in the meat have all been killed

3 thoughts on “How Long To Slow Cook Meat? Cooking Times At Low Temperature”