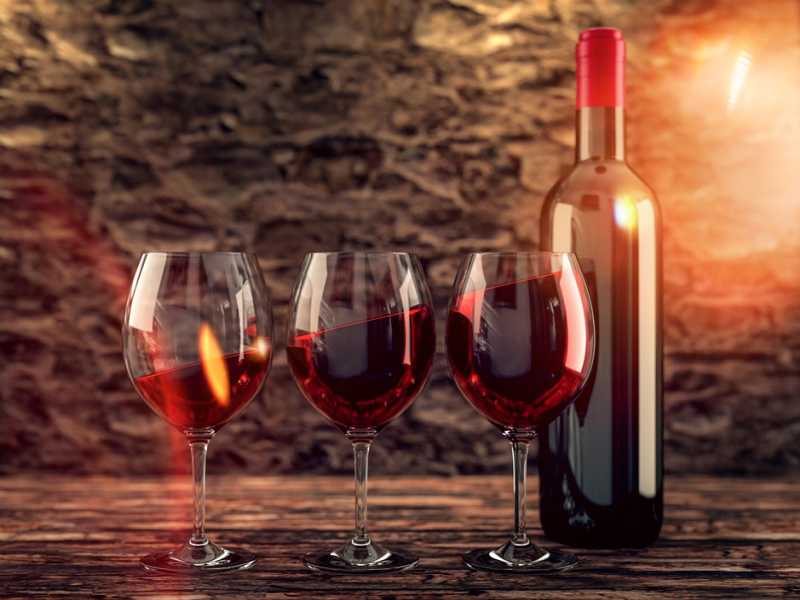 Adding a bit of sherry or wine to a gravy or a stew may benefit the flavor of the dish. Boiling lets the alcohol evaporate into the air only the flavors of the ingredient are retained. So does alcohol cook out of food? Unfortunately, this is not always the case. Especially not if the alcohol is added shortly before the dish is being served.

What is left of alcohol after cooking?

It is true that alcohol boils already at temperatures of 172 degrees Fahrenheit (72 C).  However, this only applies to pure alcohol. But wine, brandy, or whatever you use for cooking, usually has a high proportion of water. This prevents the bulk of the alcohol to evaporate immediately at 172 degrees Fahrenheit. Plus, other ingredients in the food, like fat that is found in gravy or soup, tend to bond alcohol and prevent it from evaporating easily.

Does alcohol cook out of food?

Unfortunately, there is no clear answer to the question of whether and how much alcohol is still present in a sauce or in a dish at the time of serving, as this depends on too many factors.

Generally, the longer a dish is heated the less alcohol remains in it. This is very true for cooking in an open pan at high temperatures.

If the alcohol vapor cannot escape, it condenses on the lid and drips back into the pot, the alcohol stays in the dish. But then again, alcohol is so much more volatile than water, it can evaporate faster. The very long cooking times in a slow cooker may well be enough for most of the alcohol to escape?

How much alcohol is actually left after cooking?

Now, caution is good and right, and that children should not consume alcohol is beyond question. But how much wine is actually used as an ingredient when used for cooking?

How much of this wine’s alcohol content is still in the dish after it has been cooking for a while? Would that hurt children or pregnant women?

Let’s take a popular dish: Red Wine Pot Roast. A recipe for six people requires the various usual ingredients such as meat, broth, carrots, potatoes, onion, garlic, …, plus at the most 1 cup of wine. That is 8 ounces ( 240ml)of wine.

Wine usually contains about 11.5 percent alcohol. So we have just over 3/4 of an ounce of alcohol (28ml) in the whole pot.

Let’s conservatively assume that after the dish has been simmering for 2 hours 2/3 of this alcohol has evaporated. The dish would then still contain 1/3 of an ounce (10ml) of alcohol.

This is very little alcohol, but still some alcohol. It is in the range of what some naturally fermented foods may contain. To decide if this is acceptable is finally up to the individual.

Conclusion: So does alcohol cook out of food?

Cooks always have argued and will continue to argue whether alcohol cooks out of food. There are many factors that may affect the alcohol content in the dish when it is served.  No doubt, a shot of wine or brandy can refine food and add a special flavor to gravies, a roast, or a goulash.

A red wine pot roast is certainly not an everyday dish and may not be one that you must necessarily serve children, pregnant women, or dry alcoholics. Even if the alcohol evaporates while cooking – the aroma and the flavor is preserved. For a dry alcoholic, this can be a problem. Because the taste reminds him of the effects of alcohol, intoxication and he could be tempted. Not because it contains so much alcohol.

There are many “but’s and maybe’s”.  So if you want to avoid the risk to consume any alcohol with food, you best stay clear of any such recipes that have alcohol on their list of ingredients. After all, when cooking with a slow cooker there are thousands of yummy dishes to choose from that go without alcohol.

2 thoughts on “Does Alcohol Cook Out Of Food?”