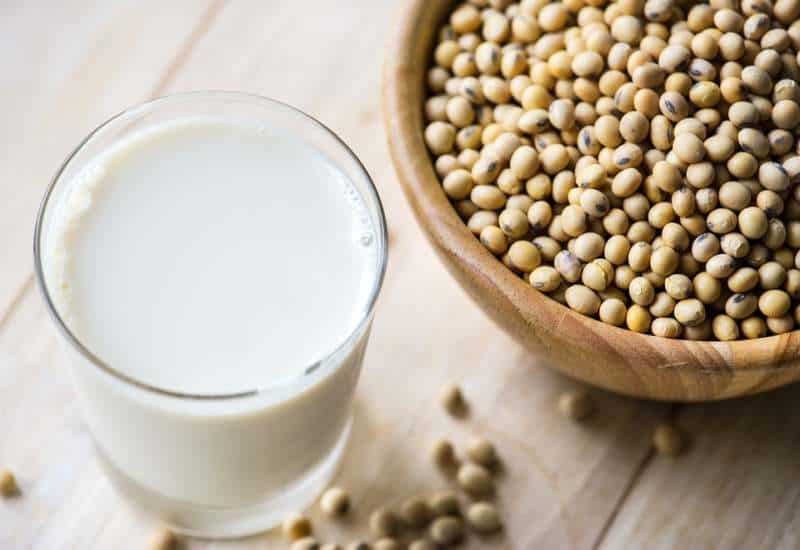 The growing popularity is due to changing dietary habits and environmental and animal welfare concerns. But are all vegan milk substitutes the same or are there differences as to which ones are the best? We take a look at the most popular vegan alternatives to milk.

Why We Drink Milk

Milk is a nutrient-rich white fluid produced in the mammary glands of female mammals to feed their young until they are ready to consume solid foods. Milk contains many essential nutrients that benefit the health and growth of offspring.

However, we humans continue to consume milk beyond infancy by using the milk of other mammals (such as cattle, sheep and goats) as a source of food. Milk began as a part of our nutrition around 10,000 years ago when the agricultural evolution occurred and animals were domesticated and used as a source to obtain meat and milk.

Milk has since become a staple food for many people, due to the valuable nutrients it contains. Nevertheless, while it can offer a range of benefits, there have been studies, which suggest that consuming milk may not be as beneficial as we think. Why do plant-based drinks as a substitute for milk soar in popularity? 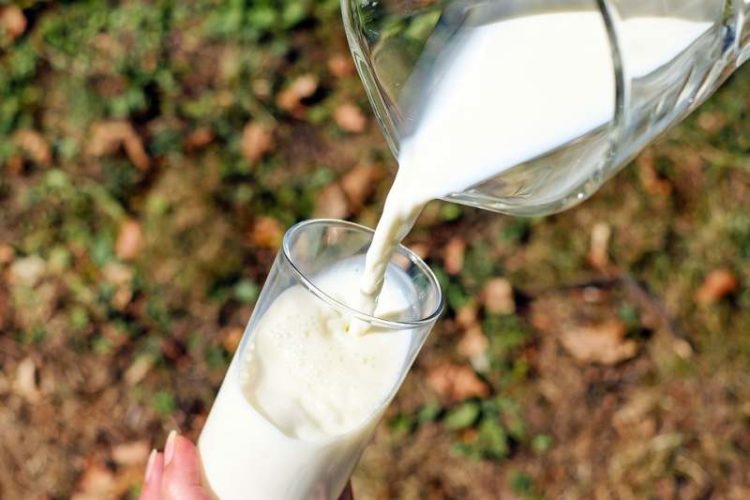 Pros and cons of milk

Milk has always been considered important to drink. It has a highly complex nutritional composition and contains almost every nutrient that your body needs.

Consuming milk can promote bone growth and development. It offers a rich source of calcium and protein, which is believed to be responsible for creating healthy bones and teeth. A glass of milk provides 6 to 7 grams of Casein protein and Whey protein and contains 30 % of the daily requirement of calcium for adults.

Studies have also shown that whey protein may help prevent type 2 diabetes in adults, as it helps improve the blood sugar balance in your body. Milk fat can also help raise the levels of high-density lipoprotein (good cholesterol), which can prevent heart disease and stroke. Additionally, milk also has a good source of potassium, which has been linked to a reduced risk of high blood pressure.

While milk may contain many essentials that are valuable, there are some compounds in milk that can cause adverse effects.

Allergies against milk can cause reactions such as skin conditions (acne and eczema), difficulty in breathing, constipation, and diarrhea. It is assumed that antibiotics in cow’s milk may be linked to allergic reactions. Skin conditions such as acne and eczema may also be a result of consuming too much milk. High milk consumption is known to increase the levels of insulin-like growth factors-1 (IGF-1), a hormone thought to be associated with the appearance of acne.

Milk has also been linked to cancer. However, studies show mixed evidence. Some studies indicate that high consumption of milk can increase the risk of prostate cancer in men. On the other hand, studies conclude that milk may reduce the risk of colorectal cancer. The link to cancer may be due to the growth hormones cows are given, as these include higher levels of chemicals that may increase the risk of cancer.

Many people can not consume milk because they are lactose intolerant. Milk contains a sugar called lactose. When babies are born, a special enzyme called lactase is created that helps to digest lactose in the milk. However, once babies stop consuming mothers’ milk, lactase is no longer needed and without it, lactose can no longer be digested. With the wonders of nature and evolution, a genetic mutation in our DNA caused some people to keep their lactase enzymes, therefore being able to continue consuming milk. Nevertheless, some people lack this enzyme and can not consume milk. 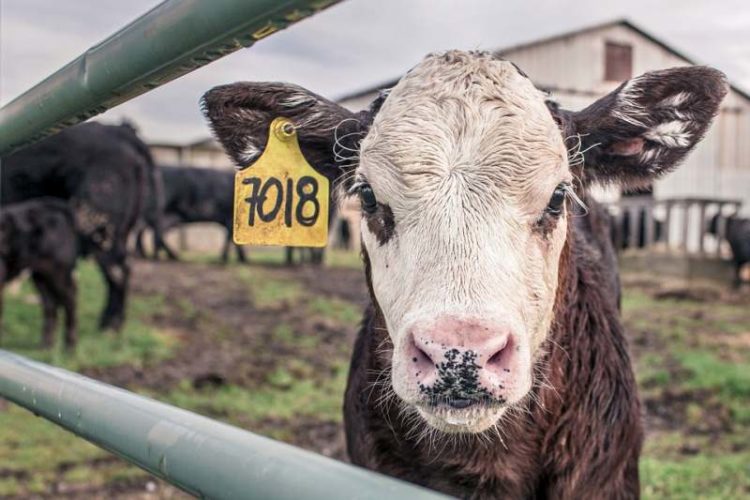 While there may be adverse effects on the human body due to consuming cow’s milk, the most crucial problem is animal welfare. Dairy cows are often confined to small spaces and are artificially inseminated. After giving birth and lactating for 10 months, they are again artificially inseminated. Continuing the cycle repeatedly. They are genetically manipulated and pumped up with antibiotics and hormones in order to produce more milk, which is not only cruel to the animals but also harmful to the human body.

What are vegan alternatives to milk Made Of?

Plant-based milk drinks are foods that are similar in taste or appearance, as well as in terms of fat or protein content, to milk or dairy products without being made from them.

Vegan substitutes for milk can be made from almost all sorts of nuts, grains, seeds, or legumes. The most popular are milk substitutes made from oats, almonds, soy, rice, peas, cashew, and hemp. In contrast to conventional cow’s milk, plant-based drinks are free from cholesterol, animal protein, and lactose.

As mentioned above, there are advantages and disadvantages to consuming milk. While many people believe milk to be healthy, there are people that would rather turn to alternatives to milk. This is for one due to the above-mentioned negative effects. As well as people becoming more conscious about the environment and animal welfare, those that live a vegan lifestyle, or simply because alternatives taste better.

The demand for a vegan substitute for milk has increased over the last decade, with a wide range available in supermarkets. 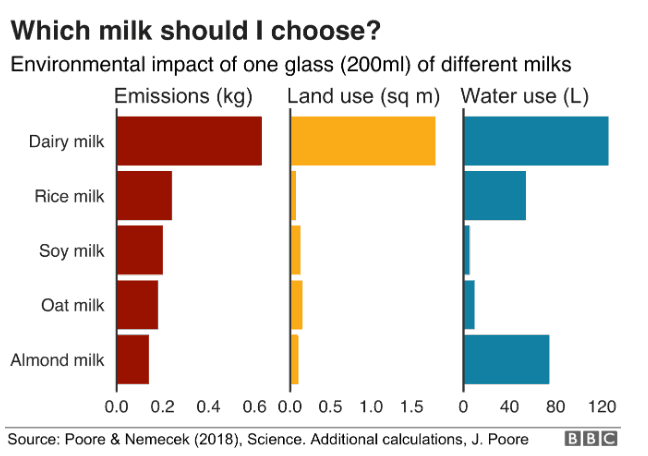 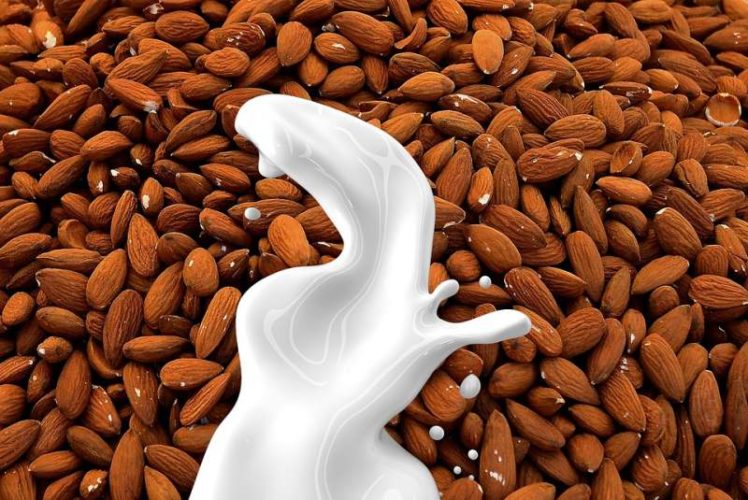 Almond Milk has quite a few healthy nutrients such as healthy unsaturated fats, a high source of calcium and antioxidants that have a protective effect against cancer and heart disease. It has a slightly nutty taste and goes great with cereal.

This substitute for milk lacks both casein and lactase; therefore, almost anyone can digest it. However, it is not suitable for those that have an allergy to tree nuts. It also has less protein than cow’s milk and most brands have added sugar. If you are concerned with the environment, take note that almonds require a large amount of water to grow.

Almond milk is suitable as a vegan milk substitute, but also for people with lactose intolerance and those who want to eat more consciously and more plant-based. 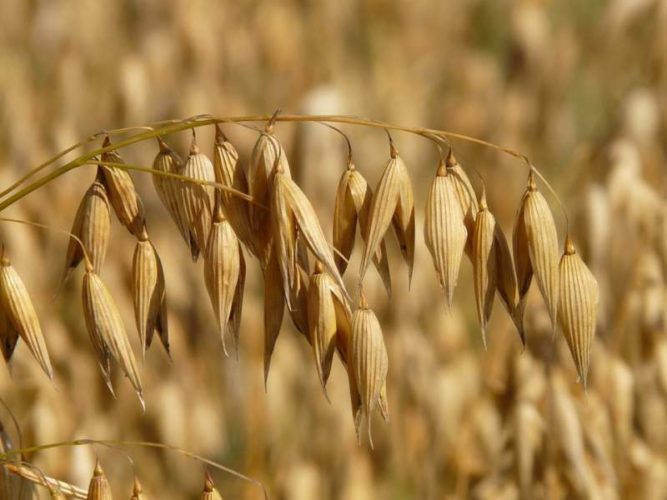 Oat Milk has a slightly sweet taste and has a similar consistency to low-fat milk. It is often enriched with nutrients such as calcium, potassium, irons, and vitamins A and D and has more protein than most other plant-based beverages. It also contains more fiber, helps regulate digestion, and lowers cholesterol. However, it contains more carbohydrates and sugars and may not be a viable choice for people with diabetes.

Oats make also a very tasty substitute for milk for people with lactose intolerance, milk protein intolerance, or when eating vegan. But oat milk contains gluten, so for people suffering from celiac disease or people who by choice want to be gluten-free, the oat drink is not suitable. 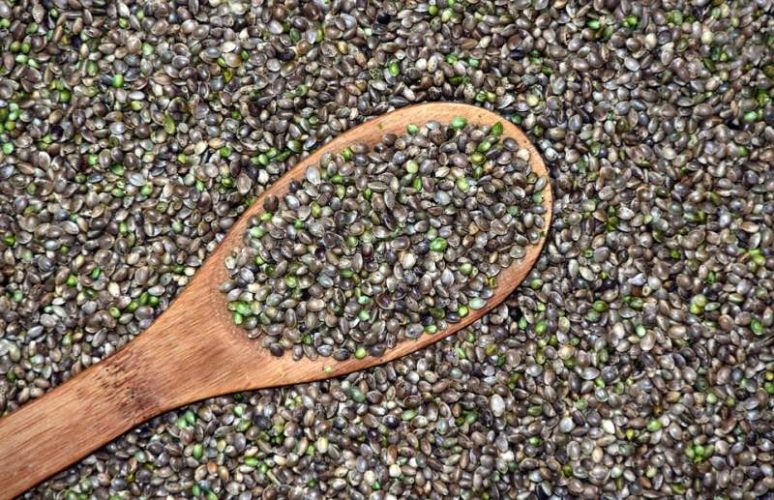 Hemp is one of the oldest crops grown for its fiber and nutritious seeds. Hemp milk which is made from the seeds is a good source of omega 3-fatty acids, is rich in plant proteins, healthy fats, minerals, essential amino acids, and vitamins, and is low in carbohydrates. It benefits skin health and supports good heart and brain function. 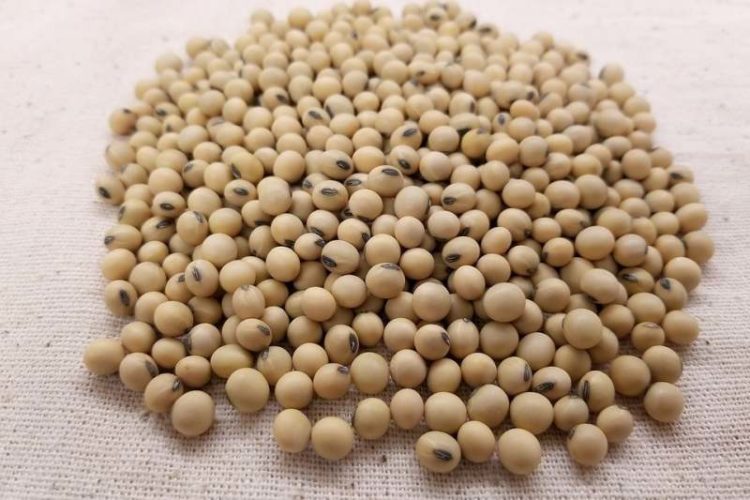 Amongst the milk alternatives, soy milk is the most nutritionally similar to cow’s milk and the most popular milk alternative. It has a complete amino acid profile and is high in protein and calcium. It contains compounds such as isoflavones and phytosterols, that may lower the risk of cancer, heart disease, and osteoporosis. However, soy also contains phytoestrogen, which can mimic the natural effect of estrogen, therefore causing hormonal disorders.

Soy milk is lactose-free, free of milk protein – therefore also suitable for cow’s milk allergy sufferers. It is also gluten-free and contains no cholesterol. But soy milk is not undisputed: many people suffer from allergies to soy protein. In addition, soy milk can be made from genetically modified soybeans and is generally not suitable for infants and toddlers. 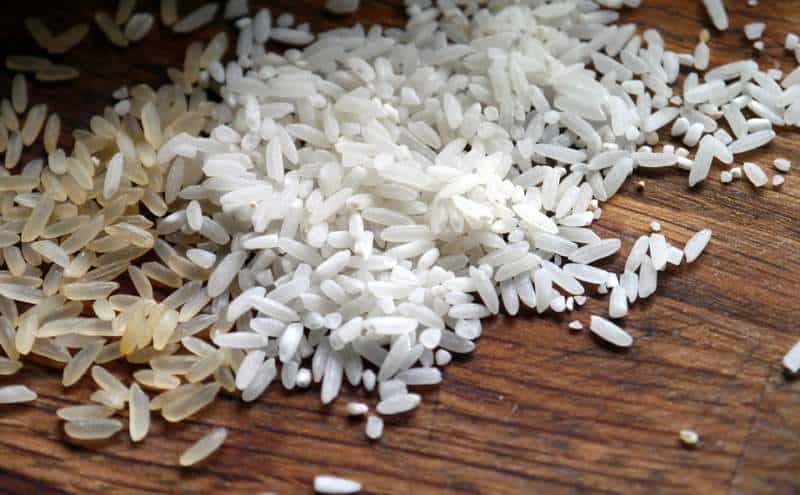 Of all the plant-based alternatives available, rice milk is the most allergy-friendly. It is a good choice for people suffering from certain food allergies because rice milk is lactose-free, milk-protein-free and gluten-free.  Unfortunately, it is also the one milk substitute with the least nutritional profile. It is extremely low in calories and has very little protein and fat.

Rice milk is appreciated by vegans, lactose intolerant and health-conscious people. However, vegans should look for an additional protein source because rice milk contains so little. Even as a milk substitute for babies and toddlers, the rice drink is not suitable because of the lack of nutrients. The high content of Carbohydrates though, makes it a quick source of energy. 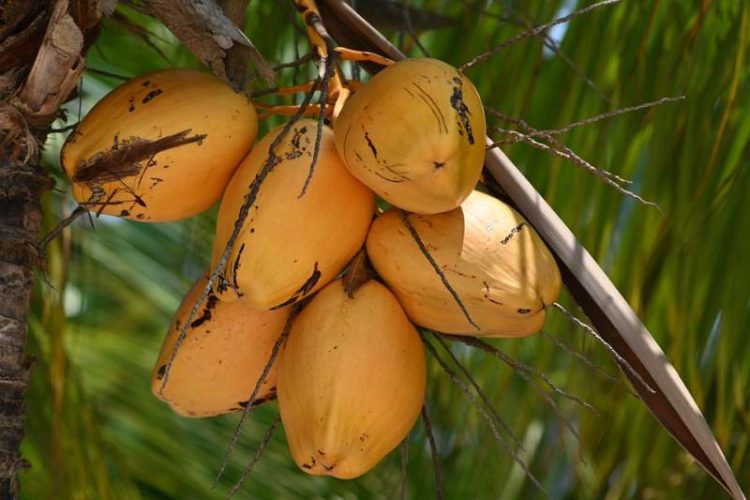 Coconut milk is rich in vitamins, nutrients and minerals, but should only be consumed in moderate amounts because of the high content of saturated fatty acids. 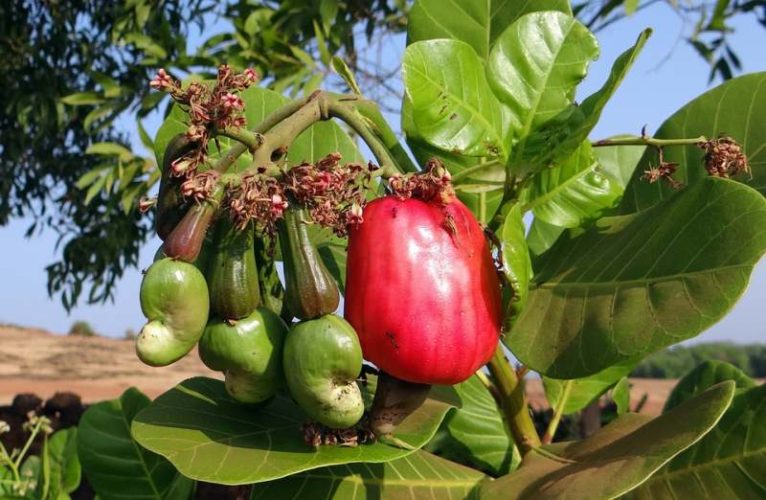 Botanically, cashews are not nuts but belong to stone fruits. But unlike most other fruits in the world, the kernel grows outside on the end of the cashew apple.

Cashew milk is a newcomer under the plant-based milk alternatives. It has a mild-nutty taste and a slightly creamy buttery texture. The milk is rich in vitamins, good unsaturated fatty acids, and minerals such as magnesium and phosphorus which are important for our muscles and nerves.

Cashew kernels are a very good source of protein, especially for people who want to avoid animal proteins or need to stick to a diet with low carbohydrate intake.

Hazelnut is also good to make a plant-based drink substitute for milk. The fat content is comparable, but in terms of taste and texture, there are some differences. Hazelnut milk is darker than regular cow’s milk, the color is reminiscent of milk with a touch of cocoa. The taste is nutty and sweet similar to drinking chocolate.

Hazelnut milk contains no cholesterol and no saturated fatty acids. The hazelnut brings its valuable nutrients to the drink. It has all B vitamins except B12 and contains good amounts of calcium and phosphorus and trace elements such as copper and zinc. Thanks to its high fiber content it can aid digestion.

There are a number of plant-based (vegan) alternatives to cow’s milk, each with its own unique characteristic. Not only do these plant-based substitutes have different nutritional profiles, but they also differ in taste and texture. While you might like the taste of a certain plant-based milk alternative in your coffee or tea, another might be a better alternative in other dishes.

It is difficult to say which is the best vegan alternative to milk in terms of taste, but when it comes to the versatility of use and, above all, the energy expenditure in production, i.e. the carbon print, then oat drinks are the best alternative to cow milk.

However, if you decide to go with one plant-based substitute for milk, make sure you are consuming enough other foods for a balanced nutrient supply.

Why humans have evolved to drink milk: http://www.bbc.com/future……-milk