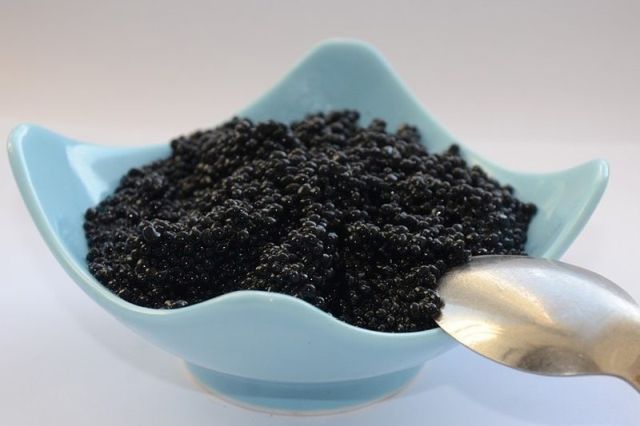 Caviar–A Food for the Ages

When someone mentions caviar, what is the first thing that crosses your mind? Do you think of Russians or the bourgeois? Most people know that caviar comes from fish eggs; still, not all fish eggs are caviar. What is this delicacy? Where did it originate? How should it be served?

Caviar is the processed, salted roe (eggs) of a fish–primarily sturgeon–and is usually served as an hors d’oeuvre. Traditionally, this delicacy is associated with the upper class or the royalty of Russia and eastern European countries. However, many nineteenth-century American saloons served it as part of free lunches. (Being salty, it probably encouraged their patrons to buy more beer). Depending on the quality and source of the roe, caviar is quite accessible to everyone. Still, two groups often avoid sturgeon-derived caviar: kosher-observant Jews and Twelver Shi’a Muslims. These sects require their seafood to come from scaly fish. 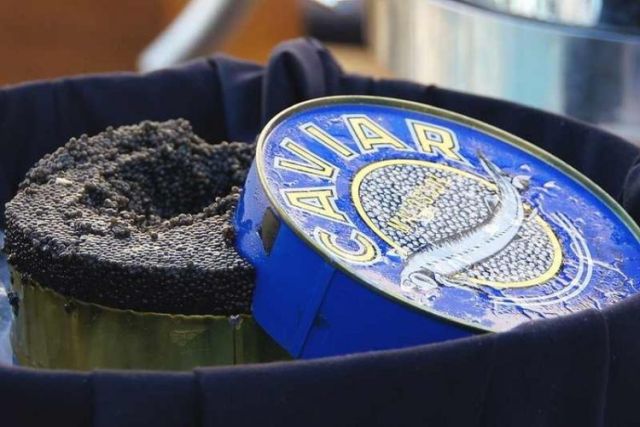 Where does Caviar Originate?

For all of recorded history, caviar has been a part of Middle Eastern and Eastern European diets. The principal source of caviar is the sturgeon. Caviar is exceptionally high in vitamins A, B12, and D and in omega-3 fatty acids. Further, many people believe caviar improves memory function and is aphrodisiac; however, one might ask how much of the latter is due to the power of suggestion. Unfortunately, caviar is also high in cholesterol and salt; therefore, those with these dietary restrictions should moderate their intake of it.

The English term, caviar, first appeared in the late sixteenth century, derived from the Turkish, khavyar. Interestingly, late-nineteenth-century America was the worlds’ largest caviar producer and exporter. However, much of this export later came back to the United States labeled as Russian, people considering the Russian product superior.

There are three main varieties of caviar: Beluga, Osetra, and Sevruga. Of these, the most renowned is Beluga, a finely textured product ranging from a pale, silvery-grey to black. Most Beluga caviar comes from the Caspian Sea. Following in popularity are Osetra and Sevruga. The eggs of these sturgeons are smaller and not as uniform as the Beluga. Unfortunately, these sturgeon strains were fished practically to extinction in the early twentieth century; therefore, other sources came into prominence. Two of the most popular varieties come from lumpfish and salmon. Nonetheless, true connoisseurs maintain that only sturgeon roe deserves the name, caviar. 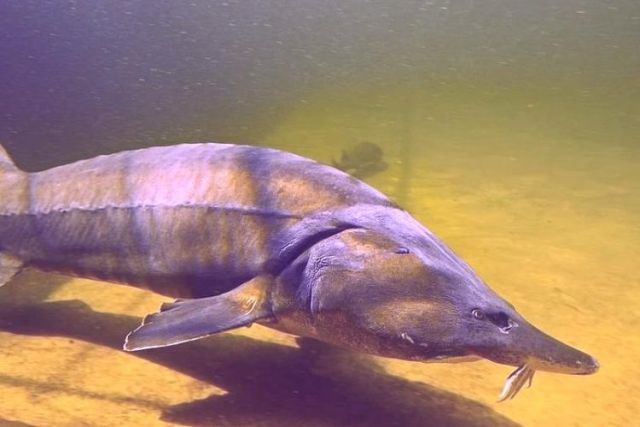 To protect the fish population, all Beluga Sturgeon has been placed on the endangered species list, and other sturgeon strains (e.g., the shortnose) are classified as “vulnerable.” One beneficial change in the industry is the way they harvest the roe. Traditionally, the fish was “stunned” (clubbed) and then its ovaries were removed. While expedient, this actually limited the overall production of caviar. First, it sharply reduced the number of sturgeon offspring. Second, it provided only one yield of roe per fish.

The modern caviar industry uses two superior methods of egg acquisition. The first is similar to a caesarian section; that is, they surgically remove the roe. The second method, stripping, non-surgically removes them. Both techniques leave the fish alive, allowing it to keep producing eggs, thereby increasing the fish population and the amount of caviar on the market. Still, the scarcity of the three most preferred varieties (i.e., Beluga, Osetra, and Sevruga) keeps the price high. Most caviar on the market shelves comes from other fish (i.e., cod, paddlefish, or salmon).

Caviar production is generally simple. The roe pass through a sieve and are then lightly salted for preservation because caviar is highly perishable. Higher quality caviar, however, contains less salt. Other varieties are “pasteurized” caviar, with a longer shelf life, and “pressed” caviar, commonly made by blending different eggs and pressing them into something like a paste. 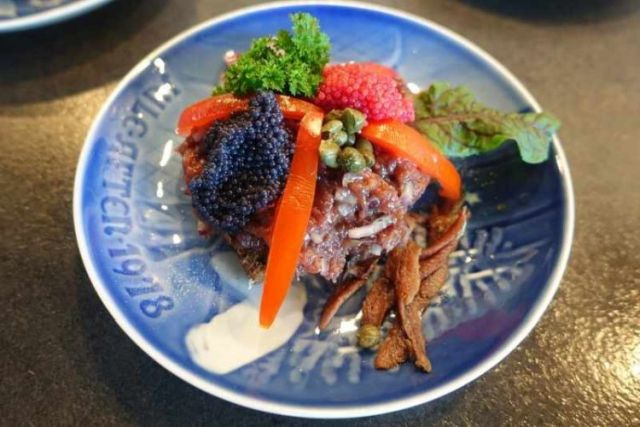 Caviar is usually an hors d’oeuvre. Because of its subtle flavor and texture, it should be refrigerated, but not frozen. Shortly before serving it, take it out of the cooler, but keep it sealed. Because it is perishable, present it on ice just as you would with cocktail shrimp. Leave it in a small cup or its original container with a small serving spoon along with lightly toasted bread to spread it upon. Crackers and dry or thoroughly toasted bread are not suitable accompaniments, as they will likely crumble when the caviar is spread upon them. Because you do not want to detract from the caviar’s flavor, do not drizzle lemon or sprinkle salt upon it. Finally, as a nod to caviar’s cultural roots, providing a bit of chilled vodka adds a pleasant nuance to the experience.

Caviar has been a part of all cultures since prehistoric times. While the rapacious nature of the industry practically destroyed it, improved techniques are ensuring the survival of even the rarest sturgeon strains that produce “true” caviar. It is nutritious and an excellent addition to any gathering. While the more desirable varieties are expensive, most people can still find economical caviars that please their palates and their pocketbooks. With a little care in the presentation, caviar will add a touch of elegance to your next special event.