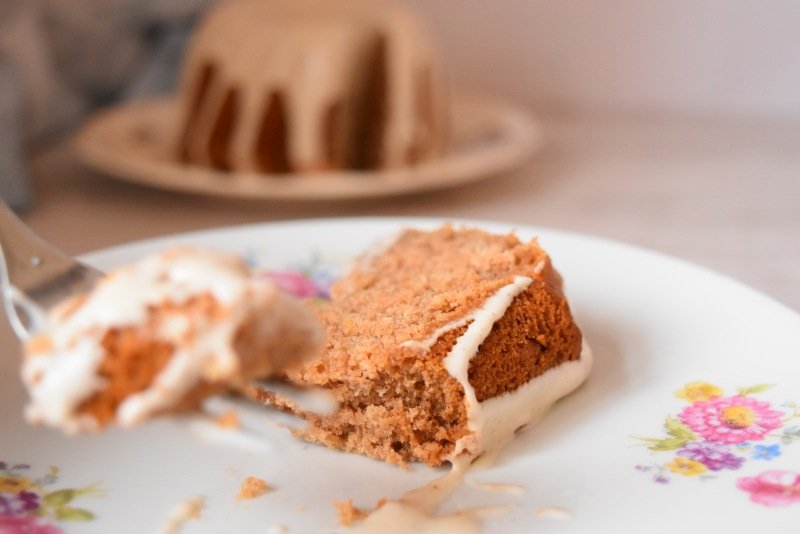 Autumn gets me in the mood to create delicious recipes that include pumpkin or apples and spices such as cinnamon and nutmeg. Today I baked a vegan apple bundt cake with an amazing vegan cinnamon cream cheese frosting. Yum!

Everyone loves apples and you can make amazing recipes with them. This apple cake is extra moist and soft because I used homemade apple sauce instead of apple chunks which gives the cake its great taste. It also has a wonderful cinnamon note that gets you ready for the cold season to come. 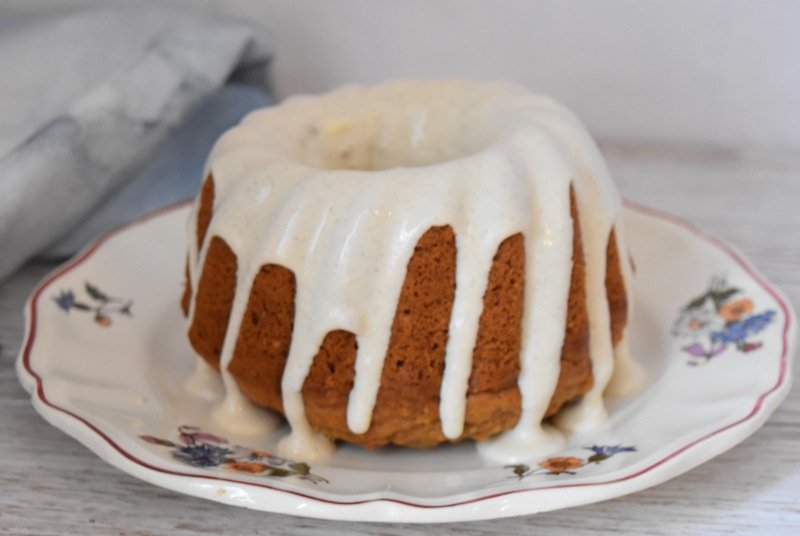 You can add more water if the applesauce is too thick and more sugar if not sweet enough.

If you are a cake lover then you will definitely also like the Linzer torte or the Baden cream cake.