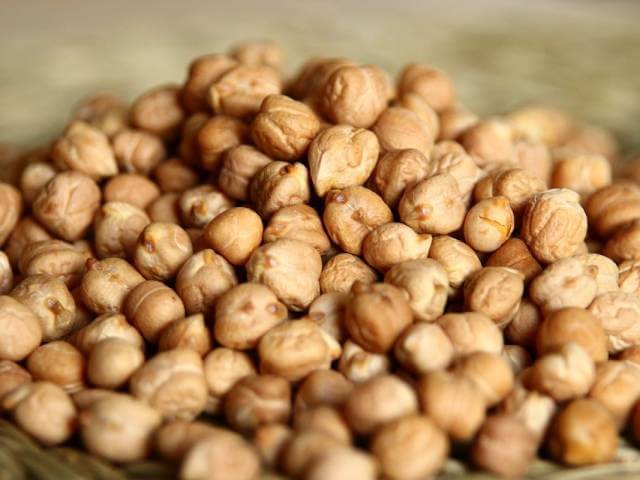 Chickpeas are delicious and can be used to create many great dishes. Next to its culinary delights, chickpeas are a very healthy and nutritious pulse. They are eaten a lot in Asia and are one of the most important staple foods there. In India, many tasty dishes are made with chickpeas or chickpea flour. In recent years, chickpeas have also conquered western cuisine and are becoming increasingly popular.

There have always been questions arising if chickpeas are the same as garbanzo beans. I honestly have to say I never heard of the term garbanzo beans. Never associated them with chickpeas. So I did a little research on the many names of this healthy legume.

Are Chickpeas The Same As Garbanzo Beans?

Yes. Chickpeas and garbanzo beans are the same. It’s just different names for the same legumes. Chickpea is the English name and garbanzo is the Spanish name. So what is the story behind both names?

The scientific name or the Latin name of chickpea is Cicer arietinum. Later the French modernized the term to “pois chiche”. Pois means pea in French. The French used chickpea to make their famous flatbread, socca. Once the English were introduced to chickpea, they decided to call it “chick-pease”, as this was easier to pronounce than the french term. Since “chick-pease” sounded like the plural version, many thought the singular form was chickpea. Hence, the term “chickpea” was created.

The name garbanzo, on the other hand, has a bit more of a complicated story. No one knows for sure what the exact story is behind the name. One theory claims that the name derives from the old Spanish word “arvanco”, meaning pea plant. Another theory claims that the Spanish took the term from the Basque, “garbantzu”, which means dry seed. Which for me, sounds about right.

So there you have it. Are chickpeas the same as garbanzo beans? Yep. Just in a different language.

So what are Chickpeas or Garbanzo beans?

Where do they come from, how do you cook them properly and what nutrients do they contain?

Chickpeas (Cicer arietinum) belong to the Fabaceae family, the legume family. They are also known as Egyptian peas, Ceci beans, Bengal gram or garbanzo beans. This legume is one of the first and oldest cultivated legumes that can be traced back as far as 9500 years. 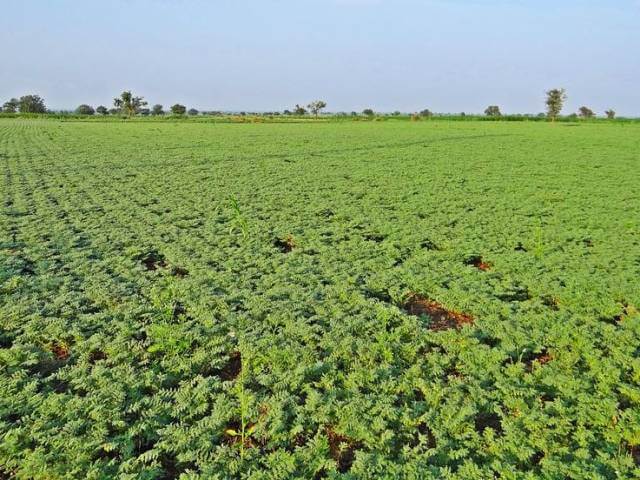 The chickpea plant is an annual herbaceous plant that can grow between 20cm and 50 cm high and contains small feathery leaves. Its flowers are white with violet, blue or pink veins and its seedpod can contain between two and three peas.

The most common cultivated variety, mainly grown in the Mediterranean, in the Arab countries, as well as in Midwest and South America is the Kabuli chickpea, which is a larger variant, with a lighter colored and smoother outer shell.

The other variety is the Desi chickpea, grown mostly in India, East Africa, Mexico, and Iran. It is smaller and comes in a variety of colors such as black, dark brown, green or speckled.

There is also a third variety. The Ceci Neri chickpea, the black chickpea is very uncommon and grows only in Apulia and Basilicata, in southern Italy. It has the same size as the Kabuli chickpea and is darker than the desi chickpea. 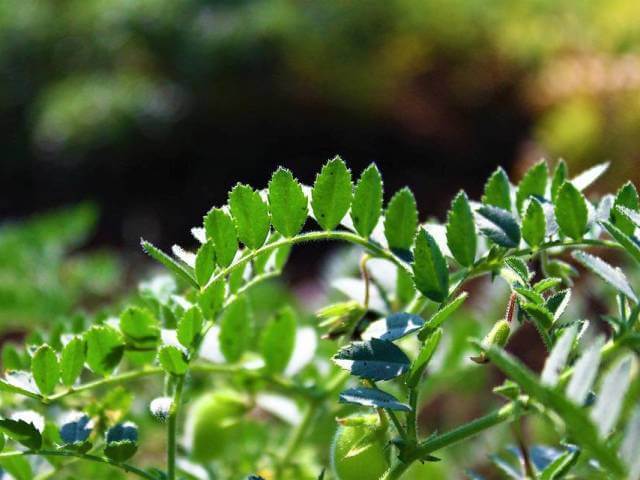 Yes! Chickpeas are very healthy, even more so when they come from organic farming. They have a very high nutritional value and contain a lot of protein, fat, carbohydrates, and fiber. They are also rich in vitamins such as thiamin, vitamin B6 and folate, as well as rich in minerals such as calcium, iron, magnesium, and phosphorus. Chickpeas are the perfect powerhouse. Especially for vegetarians and vegans. They make you fit, curb cravings, ensure strong and healthy bones and help protect the body against free radicals.

Chickpeas can, however, only be broken down in the intestine and that’s when flatulence can occur. Oh yes! Then the rumbling and farting start! But that doesn’t mean you should avoid eating chickpeas. In combination with spices such as caraway, anise or fennel, this effect can be alleviated. 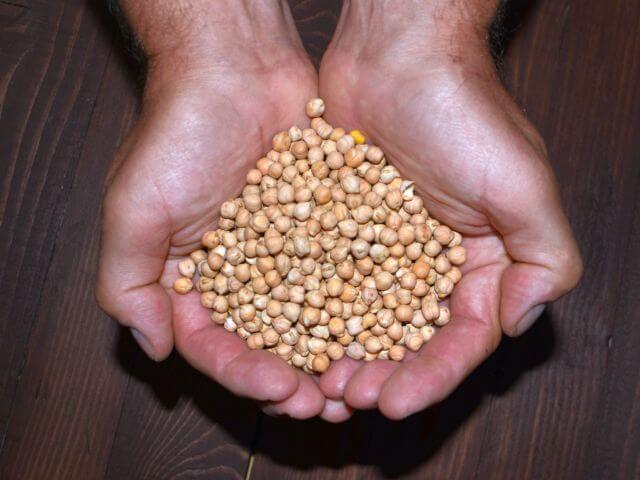 Yes, they are. Making them perfect for people with gluten intolerance. 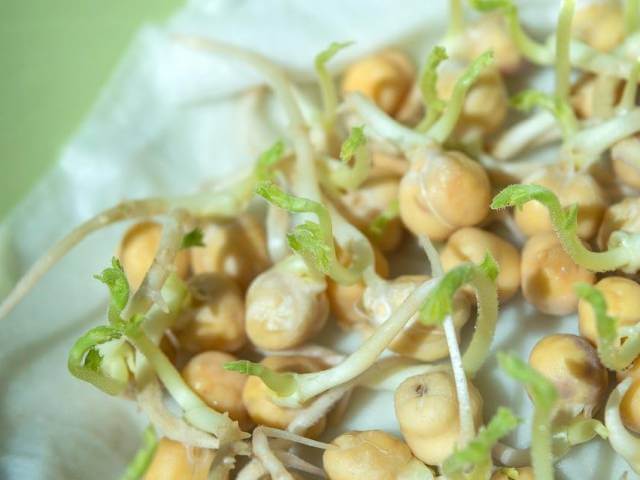 The taste of chickpea is characterized by a neutral and mild taste that can be described as slightly nutty and buttery.

Chickpeas are delicious, healthy, and, with their mild taste, provide variety in vegan and vegetarian cuisine. A whole lot of culinary creations can be made with chickpeas. They are often used as the main ingredient in hummus and chana masala and are very important in Indian and Middle Eastern Cuisine. You can make chickpea flour out of chickpeas for falafels. And they taste great in salads or soups. 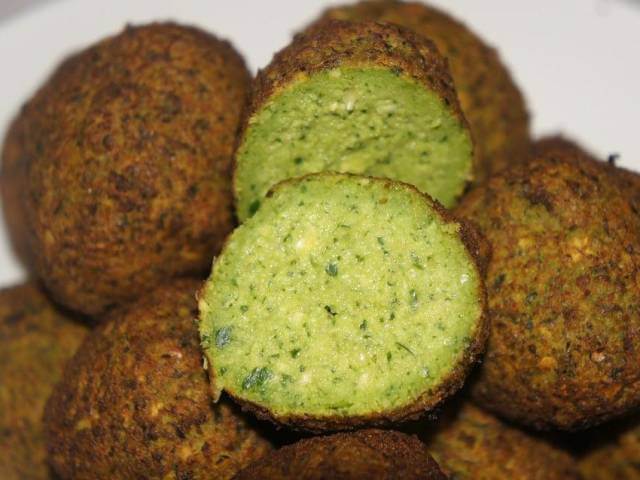 How do you prepare chickpeas?

You can get the legumes already cooked in a glass or can. Which is quick to prepare as you can eat them straight away. You can also get raw dry chickpeas. However, these should be soaked in water for 12 hours first before you cook them. This reduces the cooking time to an hour. It is important to cook the chickpeas well to get rid of the toxin phasin which is broken down by the heat. Pour away the water in which you soaked your chickpeas but save the water in which you boiled your chickpeas in. The boiled water is known as Aquafaba and there are quite a few recipes where you can use aquafaba. (Link to some recipes that use aquafaba)

So as you can see or in this case read, chickpeas are a total superfood. You can use them in a variety of ways, and make many different recipes. They are the perfect power pack and contain many good nutrients and above all, they taste great!

Here are a few recipes with this wonderful and versatile legume, I will be adding more in the next couple of days…